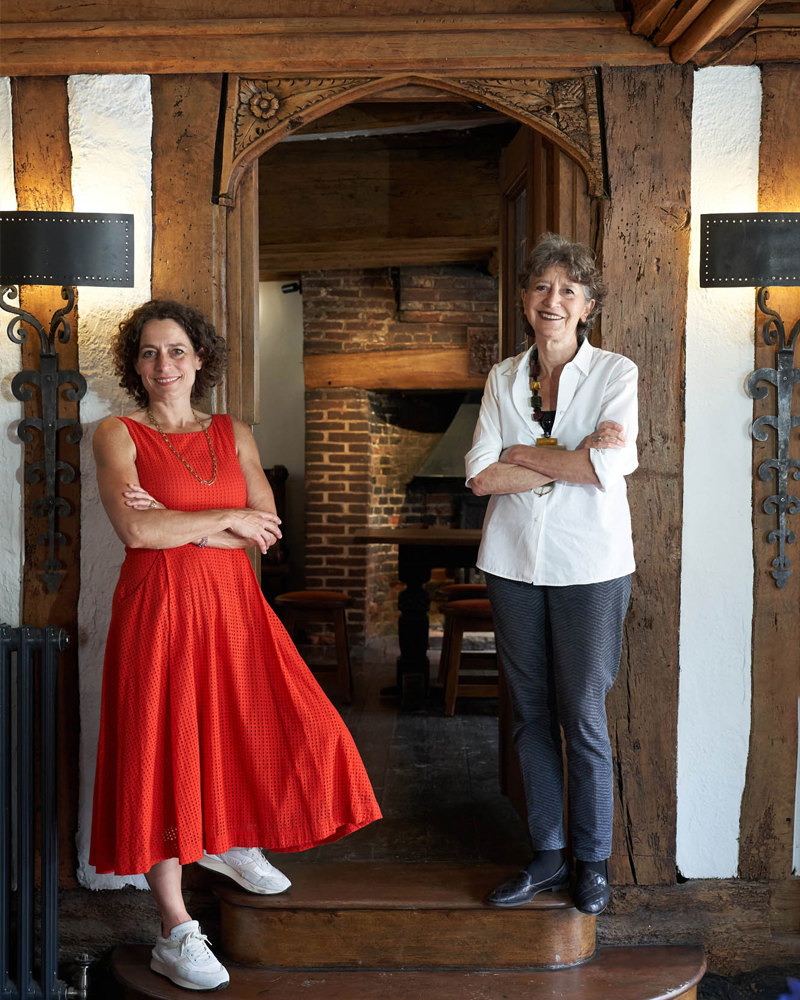 Given our recent acquisition of The Star at Alfriston, it made sense to bring our three hotels together, and make them more aligned. A great many of our guests are fervent fans of either Endsleigh or Tresanton; we would like them to try both hotels and now all three hotels! Tresanton has wonderful views across the sea to St Anthony’s lighthouse, Endsleigh is set deep in the countryside in one of Humphry Repton’s historic gardens, The Star is in an unspoilt medieval village at the foot of the South Downs; they are each so different, yet complementary.

Polizzi and her five siblings grew up in London, surrounded by people who lived and breathed hospitality. At meals, the adults discussed hotels, food, and travel. Every summer, the family would go and stay at one of her father’s hotels. Anytime they flew, they arrived at the airport early so they could see how the restaurants were being run. (Lord Forte operated the first catering facility at Heathrow.) After attending art school in England and then Rome, Polizzi began working in the design department of her father’s company. “I worked under some good people, and bit by bit I learned the trade,” she recalls.

Olga Polizzi is Deputy Chairman and Director of Design at Rocco Forte Hotels, a company she helped her brother Rocco Forte create; it owns hotels worldwide including Brown’s in London, the Hotel de Russie in Rome, the Astoria in St Petersburg and many others.

Olga is married to the author William Shawcross. She has two daughters, Alex, who is Channel 5’s Hotel Inspector and Charlie, who owned and ran Onda in St Mawes for many years and now works as a women’s wear buyer for a large fashion company. Her two step- children are Eleanor Wolfson and Conrad Shawcross.

Charged with turning around the fortunes of ailing hotel businesses on television, Alex comes from a long line of hoteliers – her mother, Olga Polizzi, is the daughter of Lord Forte and sister to Sir Rocco Forte.

After reading English at Oxford, Alex trained at the Mandarin Oriental in Hong Kong, worked for Marco Pierre White at the Criterion, and then worked at various Forte properties around the world. In 2005, Alex was instrumental to the opening of Endsleigh as well as Hotel Tresanton across the Tamar in Cornwall.