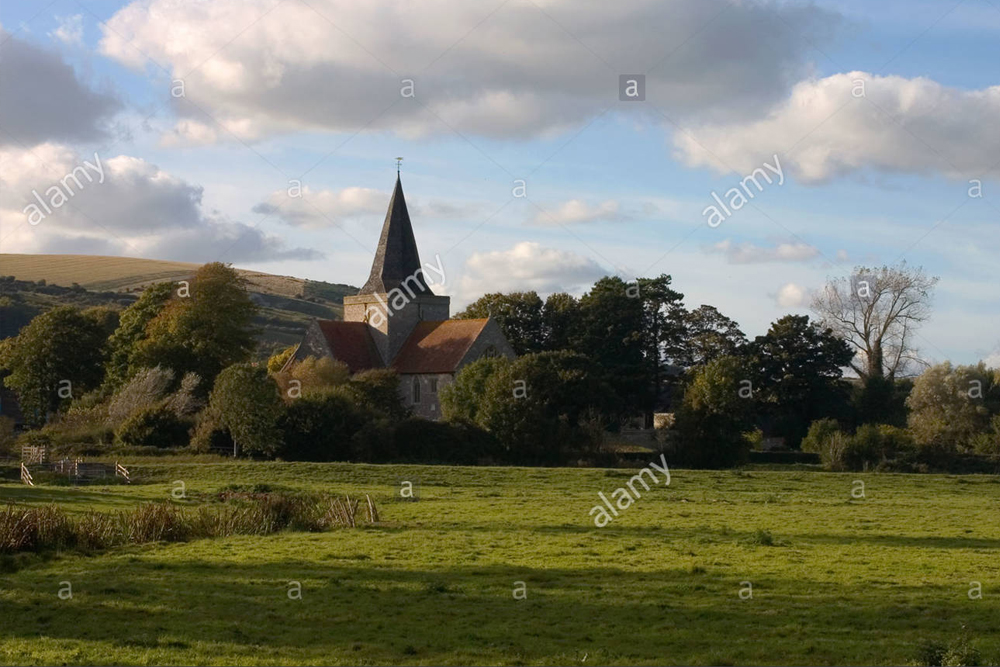 Alfriston is an interesting place. It is old; it has a weather-worn Market Cross, and really ancient inns; its Church is venerable, and its rambling old cottages are mostly in keeping with the general air. The Star Inn, with its odd carvings and grotesque red lion – the figure-head from a Dutch wreck – was in Bluff King Hal’s time a sanctuary for fugitives from justice.

Alfriston’s Market Cross is one of two surviving examples, the other being in Chichester. The cross was probably first erected about 1405 when King Henry IV allowed a market in Alfriston every Tuesday and two annual fairs on the feasts of Saint Andrew (29th of November) and Saints Philip and James (30th April). The shaft is topped by a carving of a ‘Shepherds Crown’, a form of sea urchin carried by downland shepherds for good luck.

In the first half of the 14th century villages and ports along the south coast suffered badly in raids from the sea by the French. The markets at Seaford were particularly affected and it seems that many of those traders brought their stock the few miles inland to Alfriston and comparative safety.

The charm of this tiny saxon village is known to all. It lies sheltering under the Downs and among the many quaint old buildings is an Inn of outstanding age; The Star. On a hillside nearby, in the midst of a wood, there stands Lollington Church, one of the smallest in England.

The majority of the church of St Andrews was built in the 1300’s and is known as The Cathedral of the Downs. The rectory was built in the 14th century and is of wattle and daub construction. This building is now owned by the National Trust, and is open to the public.The church itself is dedicated to St. Andrew and is built of flint with Greensand quoins and facings in a cruciform shape, probably on the site of an earlier building and has not been added to since it was first built. The church records are notable for starting in 1504, much earlier than when it was legally required, while the list of Rectors and Vicars goes back to 1272.

The main entrance to the church today is from the west though there is another door on the south side of the chancel which has a scratch dial on the west side and another door on the north side of the nave which is now blocked up, perhaps the remnants of a so-called “Devil’s Door”. The north and south transepts were formally chapels and it is known that the southern transept was a “Lady Chapel”. The north wall of the sanctuary contains an Easter Sepulchre, one of three left in Sussex, above which are two carved figures, one the face of a women, allegedly St. Lewinna, the other a dog like animal with its head between its hind legs. The chancel still contains the hooks on which the Lenten Veil was hung before the Reformation.

The Star Inn it is believed was built as a hostel by the Abbot of Battle. In the 1500’s it was turned into an Inn with numerous wooden figures looking down on passing travellers, these figures still remain watching. Outside the Inn is a red Lion, once the figurehead of a Dutch ship which was wrecked in the 1800’s and was raided by Stanton Collins and his smugglers. Many of the old buildings in the village are tiled in Horsham Tiles.

During the Napoleonic Wars Alfriston was the home to a large number of troops, they were to have been there to repel the invaders should they have got past the Martello towers and the cliffs on the coast. The Star providing food drink and other services to the troops.