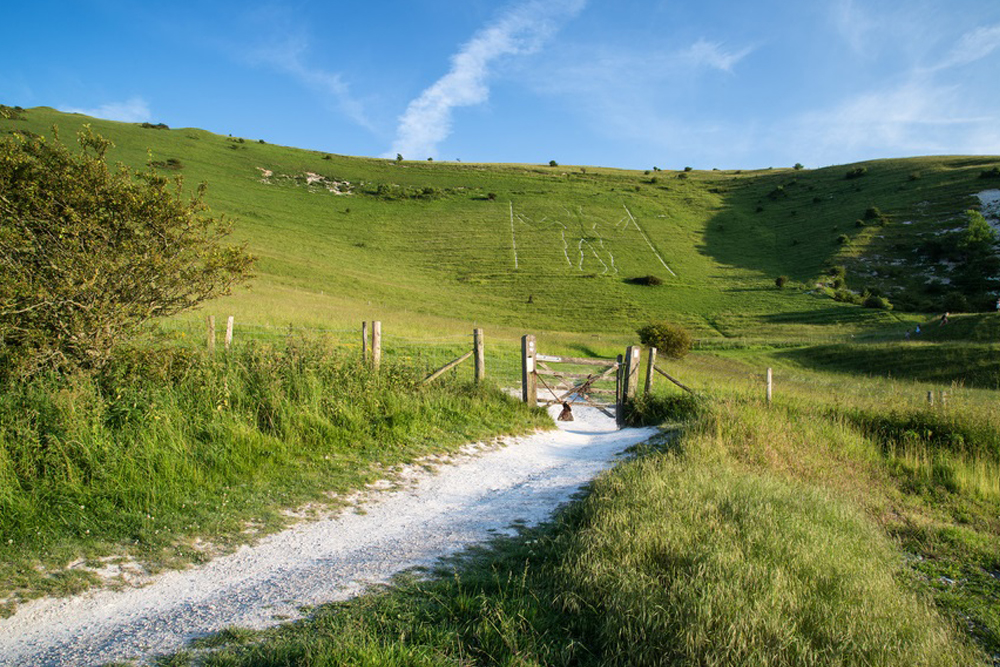 Many walkers stitch together the villages of the Downs, Ditchling, Firle, Glynde, Alfriston, dropping down to visit each one as they walk the South Downs Way to the seaside.

Every one with its own creative community, independent bookshop, gastropub and annual fête.

is a patchwork of woodlands, farmers’ fields and hedgerows, and even the occasional vineyard

The South Downs Way is a long distance footpath in Southern England and is one of Britain’s National Trails. It runs for around 100 miles from Winchester in Hampshire to Eastbourne in Sussex. The South Downs Way pases through the South Downs National Park. The majority of the path is a bridleway and so can be used by horseriders and cyclists too.

The 100-mile South Downs Way, stretching the length of the park, should be on every serious hiker’s list. Running from Winchester to Eastbourne this is the only national trail fully open to walkers, cyclists and horse riders.

Paths like the South Downs Way have been trudged for thousands of years and probably haven’t changed much in that time.

Between Alfriston and Seaford a large white horse carved onto the side of the downs looks east over the river Cuckmere. The horse was carved into the chalk on Hindover Hill just below the White Way, which also takes it’s name from the chalk. There are actually two white horses on the hill, the first is no more, lasting only until the 1920’s, cut either in 1838 by James Pagden of Frog Firle Farm and his two brothers, to commemorate the coronation of Queen Victoria or in 1860 by two youths who saw a patch of bare chalk in the turf that looked like a horses head and added the body. The second, still visible today and in very good condition was cut in 1924 by John T, Ade, Mr. Bovis and Eric Hobbis. The three men cut the horse overnight with a full moon to see by so as to startle the locals with the sudden appearance of the horse in the morning and make the men famous. Since it’s initial cutting, the horse and Frog Firle Farm have been acquired by the National Trust in 1991 and has been scoured several times. The first scouring was after it had been camouflaged during the war in 1930. East Sussex County Council scoured it in the 1980’s during which they changed the position of the legs from standing to prancing to help prevent slippage of the chalk rubble used to fill the figure. The latest scouring for this 90 foot hill figure was in 1993.

There, the Cuckmere river met an ancient track, now known as the South Downs Way, that linked the important centres of Winchester and Canterbury. At first perhaps a landmark, then as a place well-positioned for trade, it offered shelter from prevailing winds, with fertile soil, plentiful grazing on the chalk downland and lush water meadows.

Open
Stay for three-nights before Thursday 30 March and

Open
Stay for three-nights before Thursday 30 March and